Andrew Duke In The Mix aired from 1987-2018. Scroll down past the Andreas Gehm compilation banner for more information about the mixshow.

For those looking for Andrew Duke releases and remixes available digitally, please check your favorite online store. Thanks for your support.

Comp For Andreas Gehm features 129 tracks and over 13 HOURS of music. Money raised by this 2016 compilation was going directly to Andreas Gehm for expenses incurred by severe health issues; upon his passing on 20 June 2016, it went Joe Kurta, a good friend to Andreas for expenses, and since then the release has been made available to download free of charge. Thank you to all who contributed, donated, and helped. Compiled by Andrew Duke; mastered by Kent Williams. Graphics by Rafa Raszia, Michael Lovatt; Bandcamp help by Jason Skilz. 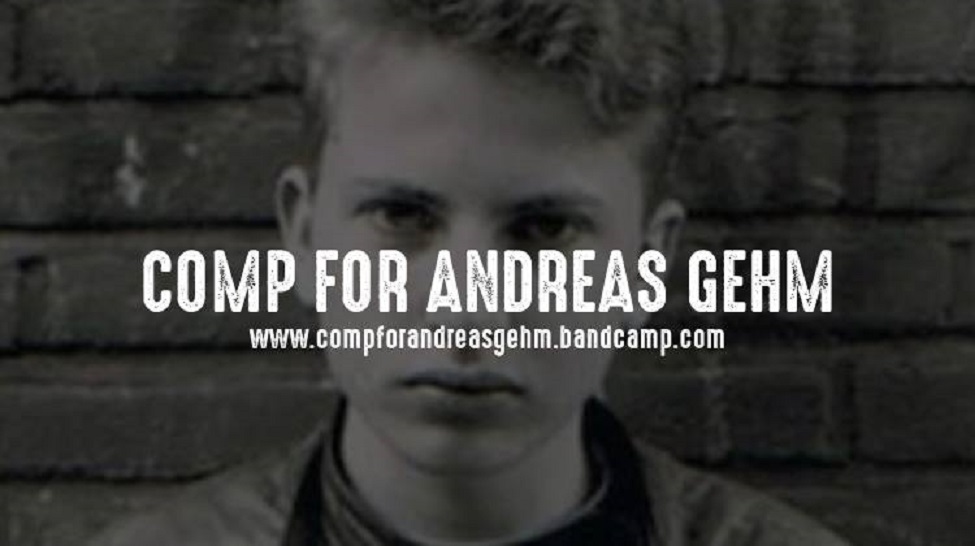 1987-2004: Andrew Duke In The Mix aired weekly on CKDU 88.1FM Halifax NS Canada
1997-2002: Andrew Duke In The Mix was syndicated--to an estimated weekly listenership of 35 million--nationally across public radio in Poland, in Yugoslavia/Serbia, via satellite by Evosonic (sponsored by Sony Ericsson) to Germany, Europe, and the UK, plus various stations in the US and Canada. The show was also rebroadcast online via 28 sites headed by the Pseudo network in New York and ranging from sites in Australia, New Zealand, Brasil, France, UK, US, and elsewhere.
2003-2018 The show was broadcast via numerous sites including Intergalactic FM, Strom:Kraft Radio, Pure Radio, CuebaseFM, EnationFM, Inside My House Radio, and 2B Continued Radio.
Andrew Duke and the syndicated mixshow have received coverage internationally in publications including Vibes and Neural (Italy), Het Parool and Vital Weekly (Netherlands), Basatap (Turkey), Cyclic Defrost (Australia), Signal To Noise, All Music, Igloo, Thousand Words, Weekly Dig, Remix (US), Mirror (Montreal), See, Do Not Touch That Amp, Electric Atlantic, The Coast (Halifax), Polygon Network, Exclaim, Velocity, and Nightwaves (Canada).

Remembering Jason Trenholm
Jason Trenholm and I met in Great Village Nova Scotia when we were 5 years old; he was my best friend for the next 29 years.
Andrew Duke
(photograph below: Andrew and Jason at Jason's father's house in St. John's Newfoundland)

Jason's obituary as published in the Halifax Chronicle Herald:
TRENHOLM, Jason --34, Truro, passed away 8:55 a.m. on January 1, 2004, in the New Halifax Infirmary, QEII. Jason was born struggling to live and died the same way, succumbing to numerous injuries received after being struck by a car in Truro, on December 26, 2003. He was born in Miramichi Regional Hospital, Newcastle, N.B., August 31, 1969. Surviving are grandfather, Harold Trenholm, Amherst; mother, Carrol Ann Smith, Halifax; father, Donald Trenholm and stepmother, Ruth Trenholm, both of St. John's, NL; sister, Suzanne Dunn and family, Robert Spence, Meghan and Nicole, and brother Robert Trenholm and family, Sheila, Emily and Daniel; numerous other family and friends. He was predeceased by his maternal grandparents, Gordon and Vila Smith, Truro; paternal grand-mother, Beryl Trenholm, Amherst. Jason graduated from Cobequid Educational Centre in 1989 and from the Nova Scotia Community College with a certificate in photography in 1991. He subsequently attended Nova Scotia Agricultural College and Memorial University of Newfoundland. He had many academic and philosophical interests. Jason was a practising Buddhist who was a member of the Shambala Community of Halifax. He was a free spirit who had a great love of philosophy, books, nature and more recently, organic farming. Until recently he worked with Parks and Recreation, Truro, and the Four Seasons Farm in Maitland. Family members and all of his many friends lovingly remember him. Family flowers only. Visitation will be 7-9 p.m. today in Cruikshanks' Halifax Funeral Home, 2032 Robie St., Halifax. Funeral service will be held 2 p.m. Sunday, January 4, in The Shambhala Centre, 1084 Tower Rd., Halifax. Cremation to follow service. In lieu of flowers, donations can be sent to a charity of choice.

Thanks much to Derek Hatfield and Kent Williams for ongoing IT support.